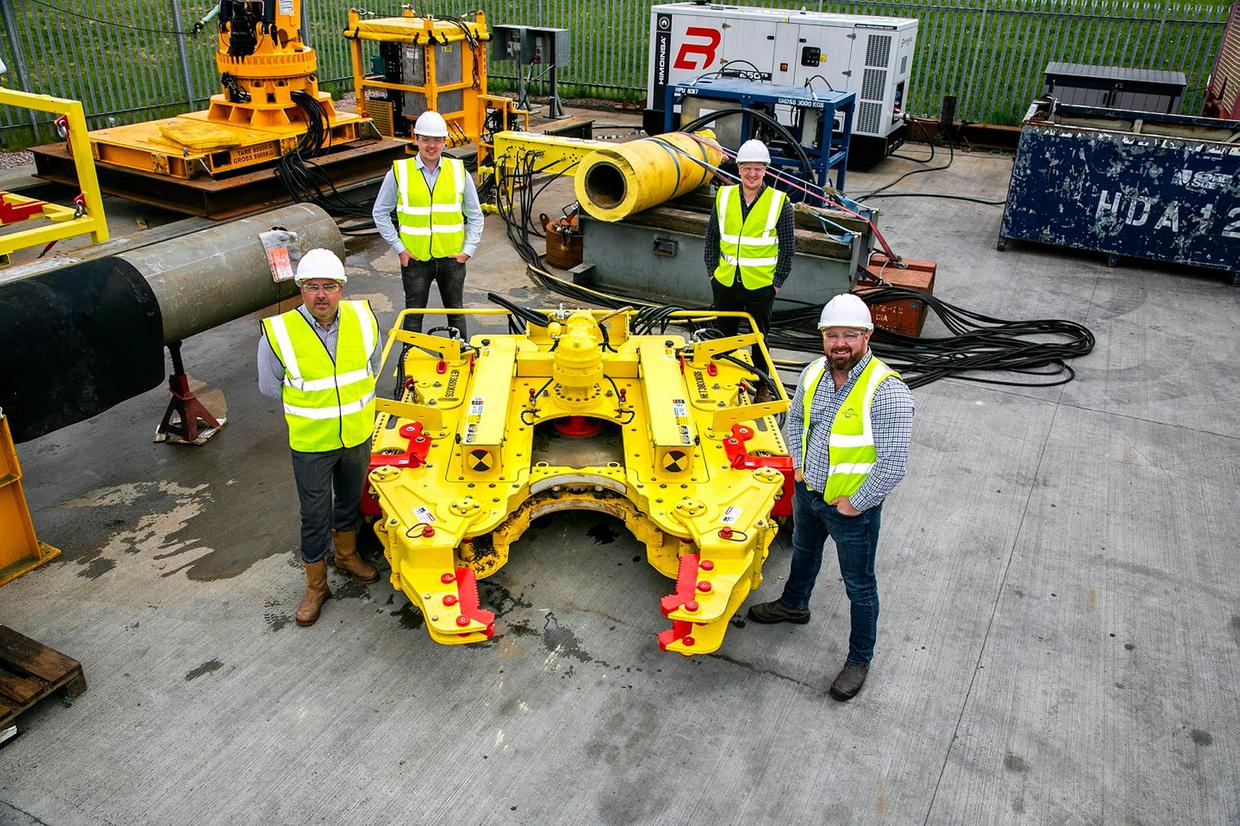 Posted at 13:39h in Uncategorised by admin

Great to see our portfolio company, DECOM Engineering, that specialises in decommissioning oil and gas facilities, expanding as it opens up a new office and test centre in Aberdeen. Keep up the good work Sean Conway!

From the Belfast Telegraph:

A Co Tyrone engineering company, which specialises in the decommissioning of oil and gas facilities, has announced it is expanding operations with a new base in Aberdeen.

Cookstown-headquartered company Decom Engineering, founded a decade ago, will spend £200,000 on a test centre and office in the Scottish city, once the administrative centre of the industry in Britain.

It is part of a strategy to grab further contracts as the industry continues to decommission its old infrastructure, including off shore.

Under the Petroleum Act of 1998, the Offshore Petroleum Regulator for Environment and Decommissioning (OPRED) manages the decommissioning of oil and gas installations, which is required to be carried out by all companies at the end of a field’s economic life.

The company recently announced a £700,000 investment in research and development, with the aim of upgrading its Pipe Coating Removal (PCR) equipment.

This strips and cleans decommissioned or surplus pipelines of multiple coatings so they can be repurposed for use on other projects, according to the company.

Decom Engineering has completed contracts in mainland Europe and Asia Pacific, and is tendering for new ones in Thailand, North America, Brazil and India.

Ahead of opening an office in Aberdeen, the company hosted a series of technology showcases and equipment trials in and around the area. This led to it securing a number of contracts with major energy sector contractors.

Six new engineering, design and administration posts are expected to be created with the opening of the office.

“My family have close links to the oil and gas sector and Aberdeen, and the early part of my career in the decommissioning sector was spent in the north east of Scotland, so it is an area which has had a strong influence on how we have grown the business” he added.

“Our focus is on the decommissioning sector and with many of the oil and gas majors increasingly focussed on the transition from hydrocarbons to renewable energy, opportunities for us to win new business in the UK Continental Shelf will undoubtedly grow.

“Previously we have rented premises or test facilities to showcase our products and expertise to North Sea clients, but having a local facility and staff is the next logical step.

“We have identified a site and hope to be up and running by quarter four of this year,” he added.

Last month, the company announced it was investing more than £700,000 in research and development, building on what it described as being more environmentally friendly and cost effective.

“Our ongoing commitment to R&D has put us in a strong position to be at the forefront of decommissioning projects as the oil and gas majors accelerate their move to energy transition,” Mr Conway said.

“Mobility and portability means we can deploy to anywhere in the world to play a dual-purpose role of safely dismantling, in the most efficient and environmentally friendly manner, infrastructure which is no longer fit for purpose.

“Our PCR machines can then further reduce the carbon footprint and return value to the client.”