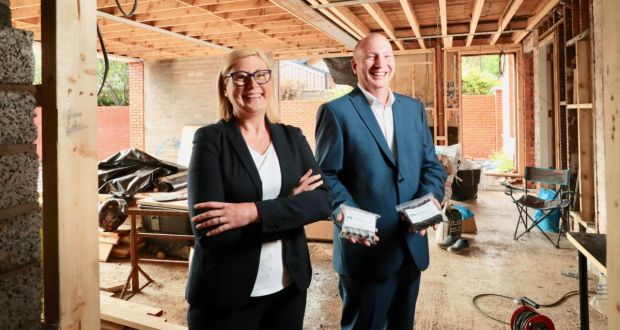 Posted at 16:39h in Uncategorised by admin

A nice write up in the The Irish Times for our portfolio company, GRAYS CLIP LIMITED – the article gives some really insightful background to Julie Gray and David Gray’s entrepreneurial story and how they intend to make their self-insulating product, ViperClip, the staple choice for electricians. Well worth a read!

From the Irish Times :

Julie and Davy Gray are the driving force behind ViperClip, a non-conductive staple that secures electric cables to wooden joists and other structures five times faster than existing fixing systems. Traditionally, electricians have used nail clips and a hammer to do the job and it’s slow and laborious. Metal staples are available, but they can only be used with low-voltage cables and if a clip is fired into the cable by mistake it is live when the cable is live, making electrocution a possibility.

Davy Gray is an electrician with 30 years’ experience under his belt and he could not understand why no one had ever developed a staple that didn’t conduct electricity. He’d had an idea for a fully insulated clip running through his head for years and in 2015 the couple decided to throw everything they had into developing it and bringing it to market.

The Grays began by approaching Queen’s University Belfast for technical help with developing the plastic compound for the staples. “We knew the success of the product would hinge on two things – the design and selecting the right materials for the staples,” Julie Gray says. “It took a couple of years to work through different designs and we also looked at probably 10 different types of polymer mixes before making the final decision. There were a number of factors that had to be taken into account such as differences in climate as this can affect how wood behaves.”

ViperClips are suitable for use on 110v and 240v cables and are specifically moulded to be a secure fit. Due to their design, the clips can’t be overfired, so there is no risk of damage to the cables. The clips come in strips of 20 and are fired into place with a gun that fits easily between joists and into awkward gaps.

“Our staple solves the time-consuming issue, the safety issue and is the fast, easy and safe alternative to manual clips and other cable staples on the market,” Julie Gray says. “ViperClips are applied with a cordless, battery-powered stapler and this turns a job that really needs ‘three hands’ into a job that two hands can easily do.”

ViperClip’s patent-protected system is aimed at professional electricians and is expected to be on the market by the end of this year. The project has represented a huge time and financial commitment for the couple, who sold everything, including their house, to fund the development costs, which are running at about €340,000 to date.

The business has received support from Invest Northern Ireland and while the Grays were offered investment by businesswoman Deborah Meaden following an appearance on Dragons’ Den, they turned it down in favour of local angel investors. However, being on the programme generated significant interest in the ViperClip worldwide and the couple were inundated with calls from potential distributors and licensees and are currently deciding on the best route to market.

“Originally we had planned to market the ViperClip as a product for electricians wiring houses, but from the calls we were getting we realised the product had far more potential, not least because it can be used in difficult conditions,” Julie Gray says. “We’ve had calls from electricians wanting the product to wire cowsheds in Scandinavia, glamping pods in the Netherlands, trailers in Ireland, caravans in England and a whole town in Scotland, so we are casting our net a lot wider now as a result.

“There are no other non-conductive cable staples on the market – ours is a unique product,” she adds. “In terms of staples, our nearest competition is from US companies that produce metal staples with a plastic insulating sheath, but metal staples will conduct electricity and if installed incorrectly the consequences could be fatal.”