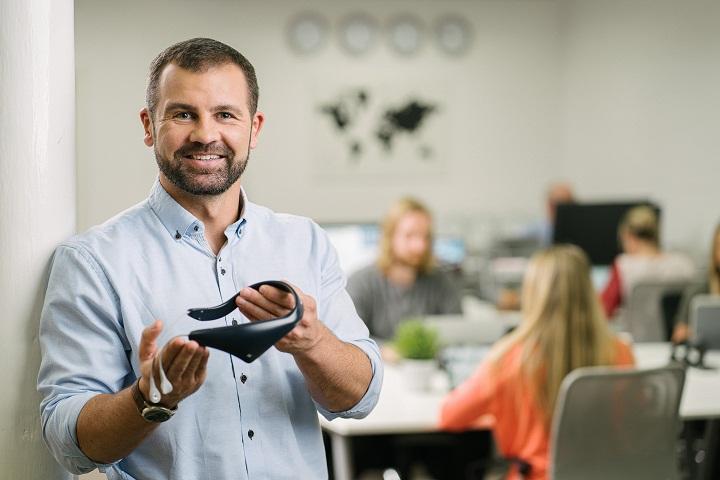 Posted at 10:24h in Uncategorised by admin

The product is a headset to be worn for 30 minutes before bed. Neurovalens said Modius SLEEP “actively stimulates the key sleep neurons in the brain reducing the time it takes to fall asleep and keeping you asleep for longer”.

The device works by sending a safe electrical pulse into the vestibular nerve, influencing the areas of the hypothalamus and brain stem that control circadian rhythm and sleep patterns.

It is available via the American crowd-funding website Indiegogo following the success of the company’s first headset, Modius SLIM. The company’s inaugural product – designed to help people lose weight – raised £2m on the same platform.

For the duration of the fundraising campaign, the product is available from $249 on Indiegogo and will eventually retail for £399 in the UK and Ireland.

Dr Jason McKeown established Neurovalens in 2015 and is a native Northern Ireland neuroscientist. He said: “After gathering feedback from thousands of SLIM device users around the world, what we found was that improved sleep was a welcomed bonus reaction and this became our motivation for making specific changes to our technology to create Modius SLEEP.

“Our continued aim is to help people avoid sedatives and sleeping pills as they only mask the underlying problem and come with a host of nasty side effects.”

Neurovalens said it carried out an initial 30-day study, in which 95% of Modius SLEEP users improved their overall sleep score with 85% claiming that they were more satisfied with their sleep patterns. 71.3% of survey respondents with sleep issues reported positive changes when using the headset.

Colin Burcombe is a 47-year-old Minister from East Belfast who has struggled with sleeping most of his life and was one of the participants that trialled Modius SLEEP. He said he “was quite sceptical and a little bit scared at first” but that his “fears were put to bed straight away as soon as I started the trial and was finally able to get a good night’s sleep after years of struggling.

The company is also creating 22 new jobs in Northern Ireland as part of a new research and development scheme to trial its treatment for obesity.