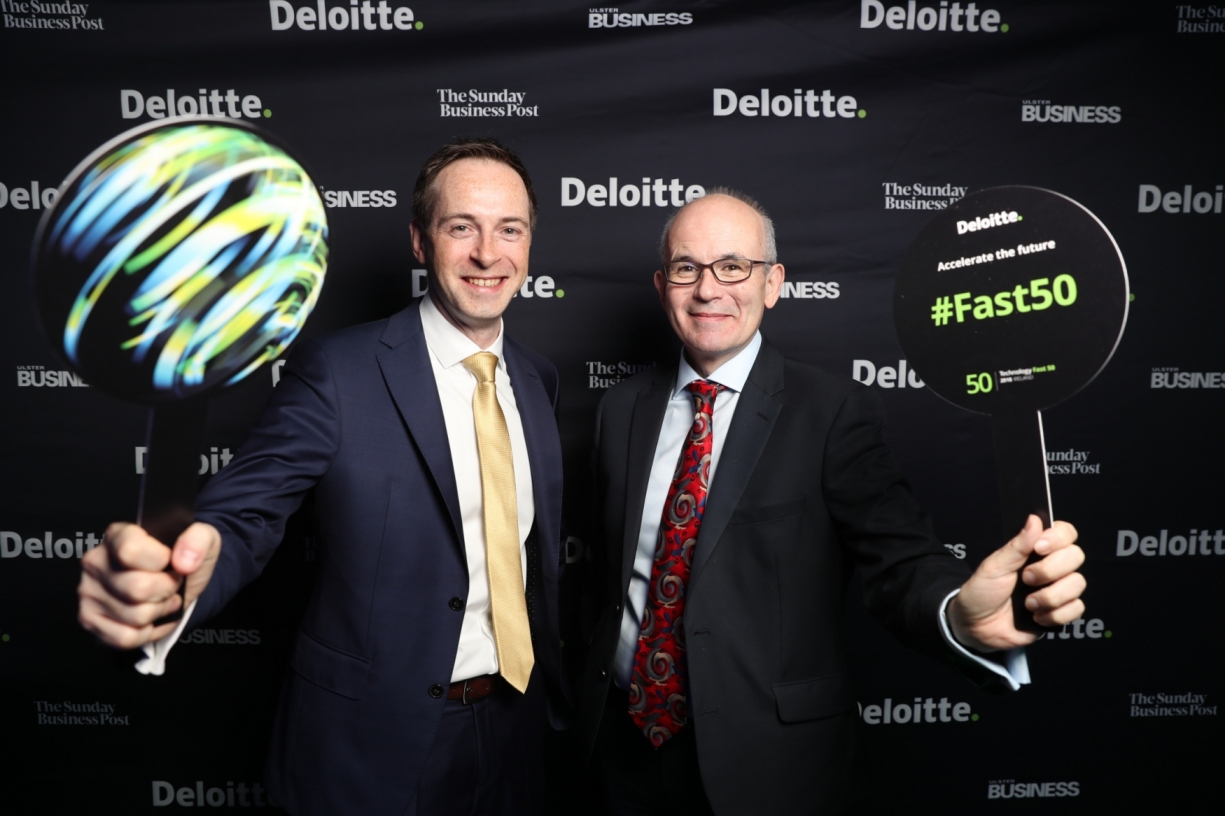 Posted at 14:08h in Uncategorised by admin

Kelsius, a Clarendon portfolio company, have been ranked number 36 in the 2018 Deloitte Technology Fast 50, a ranking of the 50 fastest growing technology companies in Ireland. Rankings are based on average percentage revenue growth over four years. Kelsius are the only Donegal Representative on the list and one of only four companies from the North West region.

Kelsius’ CEO, Andrew Logan, credits the fantastic team within the company and the excellent product set being behind the company’s growth over the past four years. He said, “The Deloitte Fast 50 award is recognition that Kelsius is performing on a world stage. Our continued growth is a testament to the support of our clients and the constant desire for improvement of our product offering.”

Cumulatively, the 2018 Fast 50 winners generated approximately €2.5 billion in total annual revenues in 2017. The average revenue of companies featured in the ranking was approximately €50 million, while the average growth rate of the companies over the last four years was 373%. Compared with last year, there are 17 new companies on the ranking. 12 of these are first-time entrants, while five companies have re-entered the list, having featured in previous years.

All four provinces are featured in this year’s awards. 27 of the winners are Leinster-based, 14 are based in Ulster, followed by Munster with 8 companies, and Connacht with 1 company. Overall, 12 counties are represented in the 2018 listing.

Announcing the winners at the Deloitte Technology Fast 50 programme, David Shanahan, Partner, Deloitte, said: “Congratulations to our 2018 Deloitte Technology Fast 50 companies. Through these awards, we recognise Irish technology companies that are at the cutting edge, using technology for progress, to address the challenges that we all face and to create opportunities, both for themselves and for those that use their products.”

“We know that these companies are operating in an uncertain international marketplace. And yet they are prospering against this backdrop – in fact, it was particularly evident this year that the vast majority of revenues for the ranking companies are coming from export markets. This demonstrates the impact Irish indigenous tech companies are having in global markets.”

The Deloitte Technology Fast 50 Awards took place in Dublin on 2 November 2018 and were hosted by science and technology journalist, and founder of Whipsmart Media, Jonathan McCrea. Keynote speaker on the night was Mark Casey, Global Leader of Telecoms, Media & Entertainment at Deloitte.